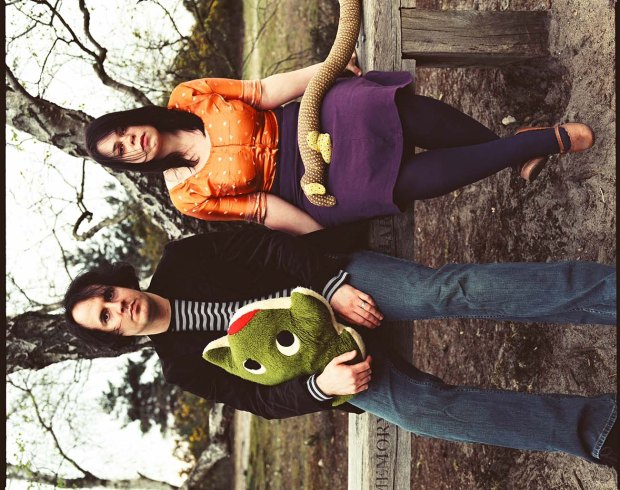 Ulrich Schnauss is not really a name that gets thrown about when radio stations are pushing about the latest top 40 pablum – most of which is bottom-dredged from reality TV shows these days. I’d challenge most of this aforementioned pablum to take the ‘Pepsi-challenge’ against the musical merits of any of Ulrich’s three-CD body of work.

Born in northern Germany fishing port Kiel in 1977, Schnauss has had a long-standing love affair with UK shoegazer music and synthesizer bands. His CD A Strangely Isolated Place has become one of those magical musical occurences. A word-of-mouth record slowly growing in popularity by being able to emotionally move people a lttle more with every listen. Ulrich has recently released his third CD, entitled Goodbye. He took the time a few weeks back to field some questions for Fazer. He will be playing the Rivoli in Toronto on September 26th. I suggest you buy a ticket and go.

Mike: I got into your music after reading that your sound was reminiscent of the shoegazer sound of the early UK 1990s. Do you feel this is a fair representation of your musical sound?
Ulrich: The shoegazer sound was one of the first things I got into as a kid (without being introduced to it by older people) – it definitely had a life changing impact on me to discover bands like Chapterhouse, Lush etc – I certainly take it as a compliment if people say that my stuff
is reminiscent of music that means that much to me.

You play a unique blend of sounds. Your music is atmospheric, yet I find hints of material / vocals that suggest a mass audience could be just around the corner for you. Do you ever consider what mass popularity would do to your career? Would it affect the style of music you put out?
I’m not too sure about the mass audience potential of my music – I’d struggle to imagine especially the most recent album to do well on that sort of scale. It’s nothing that bothers me that much to be honest – It’d be great if I could continue making a living out of music, but if not, that still wouldn’t mean that I’d be willing to adjust the sound of what I’m doing to make it commercially more acceptable. Throughout the years I’ve worked on a lot of “bread & butter” projects that I musically didn’t necessarily enjoy that much. It’s always been important to me to keep the “Ulrich Schnauss” stuff free from such compromises.

When you write new material, how do you compose? Is it all done on computers? Ultimately, what program(s) do you assemble your music in?
The basic process is pretty much always the same – I write a song on the piano (usually something that came out of an improvisation), I then take the basic structure (chord sequences, melodies) to the studio and start arranging (programming suitable sounds; adding rhythmic elements, a bass line, further melody lines etc) – after “Isolated Place” came out I finally bought a proper computer (I was working with an Atari beforehand) and am using logic for sequencing since then.

I just got a copy of ‘Goodbye’ today, and have played it through a few times. My first impressions are that the cd is as strong as your past two cds. I really like ‘Stars’ and ‘Einfeld’. ‘Einfeld’ is particularly appealing, and reminds me a bit of some of Vangelis’ work on the Bladerunner soundtrack.
Thanks a lot!

Can you talk a bit about your influences? Be it musicians or other genres you draw from?
The shoegazing stuff we mentioned already had a profound influence, around the same time there was other interesting things happening that also had an impact, particularly a wider range of electronic styles that emerged out of the acid house movement: The Orb´s re-definition of ambient, a lot of the early electronica stuff (Black Dog, b12 etc) was fantastic and I loved all the early rave stuff that seemed to reinvent itself on a weekly basis (from 1991´s bleeps&bass to the 1992 breakbeat hardcore explosion). What finally convinced me to try using electronic instrumentation was when I discovered Tangerine Dream. Edgar Froese in my opinion still is the master of an approach to electronic music with a human, organic sound.

Do you keep inventory/track of your work? I ask from this standpoint – I have heard remixes of Depeche Mode and Rachel Goswell you have done, that are truly amazing mixes of both the bands original songs, with your stylings integrated into the songs. If someone was trying to complete a collection of your works – could you tell them everything you’ve done? Is there a resource online that already does this?
I’m currently working on an updated version of my discography for the website –
this will have the remix stuff included as well. I wasn’t really into the idea of a remix compilation until recently – however, there’s been a couple of remixes that I think turned out very well (Howling Bells, Mojave3) and I’d like to release them properly rather than just as downloads.

Does anyone ever get to remix Ulrich Schauss?
Robin Guthrie has done two amazing mixes which appeared on last month’s “Quicksand Memory” ep

How would you describe seeing your music live? What can an audience member expect from your upcoming shows in September.
I’m currently working on a more open, improvisation based set up – I will also try to take a friend with me who’s creating some amazing visuals.

I like that you post old songs and demos on your website for fans to download and enjoy. Is this something you plan on continuing to do?
Yes, definitely – these things take time though and it’s been a very busy year so far…

Do you feel concerned over how easily bands material seem to get leaked onto the internet these days?
I was a bit disappointed that an unfinished version of the new album got leaked –
hardly surprising though. I’d still say that file sharing’s probably helped me more than it hurt – I doubt I would have reached such a wide ranged audience without it.

When did you start playing music? Are you self taught?
I think I’ve always been making noise with my parent’s piano – I started to take lessons at the age of seven which I continued for about 8 years. due to lack of discipline I never became a very good player though.

Do you have any musicians on a wish list to collaborate with or remix?
To mention these things in an interview is probably going to make it a lot less likely to happen…

For anyone that enjoys your style of music, is there music out there you’d put your seal of approval on, and share with our readers?
I think currently there’s a great amount of fantastic American bands out there – Mahogany are an essential name to mention: their album “Dream of Modern Day” (1999!) provided a blueprint for a lot of the new “shoegaze” stuff that’s happening today. Besides that I’d mention Airiel from Chicago (I had the pleasure of guesting on their debut album which is out now), Elika from Brooklyn (an incredibly exciting, radical fusion of both shoegaze and electronica elements), Auburn Lull, Soundpool, Lovesliescrushing (another true pioneer!), Asobi Seksu, Fleeting Joys, Meeting Places, Landing, Daysleepers, Francis7 – the list is endless. What I love about these bands is that in difference to a lot of European stuff they seem to be less conservative, less interested in replicating something that’s already been done and instead doing something new and interesting with these influences.