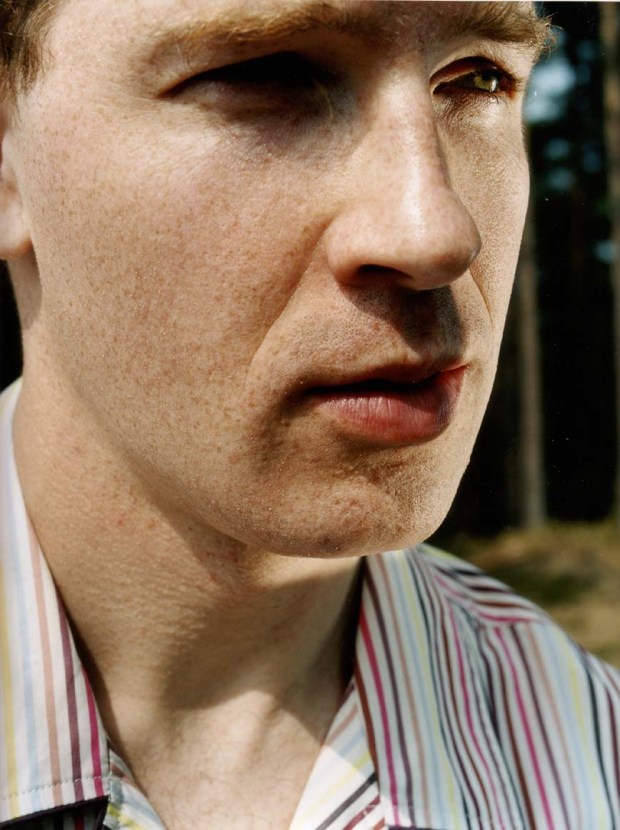 Nice. When are you coming back to Canada, Dan?
September the 27th I think we arrive and then we just start doing shows from there.

Cool. Looking forward to it?
Yeah, it should be good.

Can I ask what you’re doing your PhD in?
Yeah, I ﬁnished it, a couple years ago. I did it in Mathematics in Algebraic Number Theory.

Good for you. So how is the change ﬂipping over from Canada to the UK?
It wasn’t – I think London itself is just such a big kind of oppressive city, it’s a very difﬁcult city to get around in and all that kind of stuff. So that was a bit of a shock but as far as like culture shock between the two places, you know I travel so much on tour it wasn’t really a big shock moving here I suppose.

How do you ﬁnd your music is accepted in the UK compared to Canada, the States, Australia.
I mean all those places we worked, and in Japan and around Europe, I’m kind of always surprised how similar – I mean for example the people who come back to our shows and people always ask is one crowd better than another in a certain place, but I’m always more surprised just by how similar the people that we meet everywhere are. I suppose you know there’s such a network of people on the internet or wherever talking about music and ﬁnding out the kind of music that they like and their other interests are kind of linked into that I guess. So it’s kind of like I’m always surprised how much people everywhere we play have in common with one another rather than how different they are. There’s a genre of music and interests and they all kind of meld together especially with the internet.

Yeah. How long have you been making music, Dan?
I released my ﬁrst album in 2001, but I mean my whole life essentially. I started playing the piano ﬁrst when I was a kid, when I was 5 years old or whatever, and then when I was a teenager I started learning more instruments and started
– I got a little sampler. I actually stole this sampler from my high school, it was just sitting around in the music department there and nobody seemed to be paying attention to it, so I just took it home one day and started making music on a computer when I was 13, I guess 14 or 15. And then just kind of continued from there, I suppose that was – I’ve been recording music ever since then and playing music and playing in bands and doing that.

You must hear a lot of people telling you what you think you sound like. What do you think you sound like? Who do you feel your inﬂuences are?
I kind of prefer people to, I don’t mind people telling me what I sound like because I ﬁnd that I’m so, I have so little distance between me and the music it’s hard for me to be objective about what it’s similar to or what it compares to or whatever. There’s just a few, I always want, each time I make a record I want it to sound different from the last ones I’ve made and always, melody and harmony and also the drums are always really important in all of my records. But apart from that I’m not really sure. As far as like a genre or what it compares to or what it’s inﬂuenced by it’s kind of, there’s so many things in there that it’s kind of hard for me to pin it down as just one thing. So it’s always interesting for me to hear people say it reminds me of this or it reminds me of that, records that I may have never even listened to or are favourites of mine or whatever.

When I listened to Andorra it had kind of a light, almost innocent sounding sixties pop reference. Like it reminded me of really old Pink Floyd. Yeah.
I think that’s fair. I mean I listened to – I guess that’s more, especially the ﬁrst half of the record is kind of in that vein. Music for me is a very kind of escapist kind of making a safe world of sound around what I’m recording. I’m recording just at home in a crappy little bedroom or whatever so it’s about creating this kind of world of sound and all these interesting things coming into, coming at your ears from all different angles or whatever and I suppose that has a lot in common with those kind of sixties bands or whatever. But also the attention to arrangement and melody and harmony also from bands like say the Zombies or whatever have been a big inﬂuence I suppose. So yeah especially with this record I wanted to focus on those kind of aspects, the kind of melody and harmony and compositional kind of ideas. And those bands like the Beach Boys and the Zombies are kind of I think still very much the pinnacle of that or in pop music did that very well I suppose.

When you’re putting together an album, I’m going to use Andorra as an example because it’s obviously brand new, you’ve got 9 tunes on it. Do you kind of go at an album and say this is complete, this is what I want the full album to sound like? So is it a unit or do you just sort of piecemeal songs together and say “okay I’ve enmassed them, this is my release?
Yeah. I recorded, or started 670 tracks for this record, so it’s kind of a case of just getting all the ideas out there, keep making music that can make more, more, more music and then kind of letting everything settle together and picking the songs or the parts that I like the most and that’s what ends up on the record. And so it’s kind of always a bit surprising that things kind of ﬁt together as an album. I deﬁnitely don’t plan like these are going to be the songs on the album and they’re going to ﬁt together in this way. That’s the last thing that happens, but I guess it’s because I’m just making music constantly over the course of a year, all the ideas that I’ve been thinking about in that period of time are all in there and so I guess that kind of hangs all the songs together I suppose.

Do you have a favourite song off of the new disk that you seem to like playing live?
Playing live. Yeah I mean it varies all the time actually. You know some of the songs I like best on the record are playing live – tracks like ‘After Hours’ or ‘Sun Dialling’ on the record that are a bit more stretched out on stage and less like tighter pop songs. They really translate really well live. We have two drum kits and very big sound. Quite different from the studio experience. I don’t want to make albums that are one single and then a bunch of songs – a bunch of throwaway songs. I really do go through stages where each song on the record is my favourite song on the record.

I don’t really feel like you’ve got a lot of tertiary material on this disk. It’s all quality material.
Yeah. Absolutely speciﬁcally with this record that was very important to me to have no mediocre stuff to kind of edit and edit and edit, and trim away all the stuff that could be trimmed away just so the … the best ideas that I’ve had over the last year or whatever on there.

If I was to go to a track personally, I think I like ‘Niobe’ on the album.
Great.

It sounds a little different than the other 8 tracks. It’s got a little bit more like Philip Glass kind of dancy stuff in it. Do you play that live?
Not at the moment actually but we may do at some point. It’s probably one of the trickier ones to translate into a live setting I guess.

I can see that.
We won’t be playing it when we play the shows in September or whatever in Canada, but hopefully at some point down the road we will.

Maybe by the time you hit the Opera House in November. When you translate your music to the stage, how much time goes into taking the music that you’ve created and breaking it out into the four-piece format so you can tour it?
We spend a month, like the last month before we started rehearsing we meet up with the band and just basically listen through the songs and take them apart and try different ways of playing them through. We kind of break them down and try them in different versions until we have a way of playing them and then hopefully that will continue to develop as we play them more and more as we tour. But there’s a month of pretty intensive rehearsing. I’m always surprised though – it’s a lot easier I think then people imagine sometimes because it’s like production music that I record all by myself. It seems to work quite naturally in a live setting and I’m very, very happy with the way the live show is sounding. I think it’s kind of spontaneous and sounds better than I could have hoped.

I’m looking forward to checking it out.
Cool.

I have just a last question, it’s kind of a personal one. I was looking at your discography and the cover art for Jack Nutted, you have a Hungarian Vizsla on the cover. How did that come about?
Oh wow, that’s the type of dog, right?

I have a Vizsla and that’s why I asked. They are not your run of the mill dog.
Oh amazing. It’s actually the guy who does my – well he’s an amazing photographer his name is Jason Evans and he’s done the cover art for the last 3 albums I guess, and the singles that go along with them, and it was a dog that belonged to a friend of his so he took that photo. I think that’s a trait on any of the covers on any of my releases. They have such an amazing, such a vivid image or whatever. Yeah now that I think about it, that’s just a friend’s dog. Who is quite a character.

They’re pretty uncommon so when I saw it I was like man what the hell’s up with that? That was interesting to me.
Well spotted.

I’m hoping to catch you in London but if I don’t I may drive to Waterloo and see you at the Starlight.
Okay perfect. Well, I’ll hopefully see you at one of those shows then.