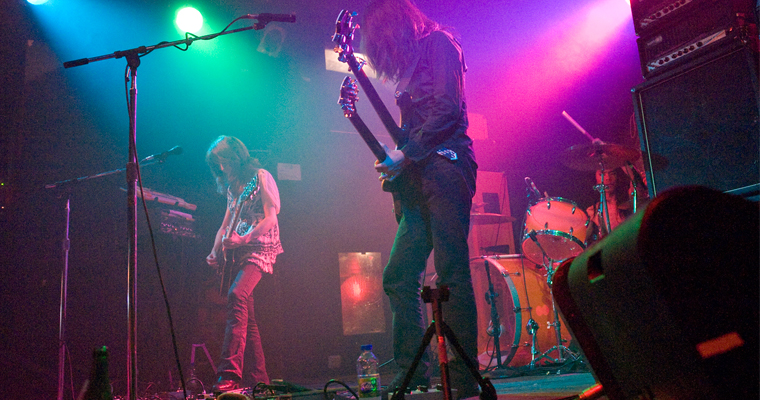 www.myspace.com/borisdronevil
As a remixed version of ‘H.M.A. – Heavy Metal Addict’ played over the speakers before Boris came on stage, I was filled with a mixture of emotions. I was totally stoked that Boris were minutes away from taking the stage, but I have to admit to being a little bummed that a recorded version of ‘H.M.A.’ meant the likelihood of the band playing the ACTUAL song live was slim (H.M.A. is one of my favourite songs from the triple vinyl 45’s Boris release last year under the title of Japanese Heavy Rocks Volumes I, II and III). The band DID play live versions of ‘8’ and ’16:47:52’ from Japanese Heavy Rocks, so I ultimately left the venue a happy camper in that respect.
There is a review of this performance on LITHIUM MAGAZINE