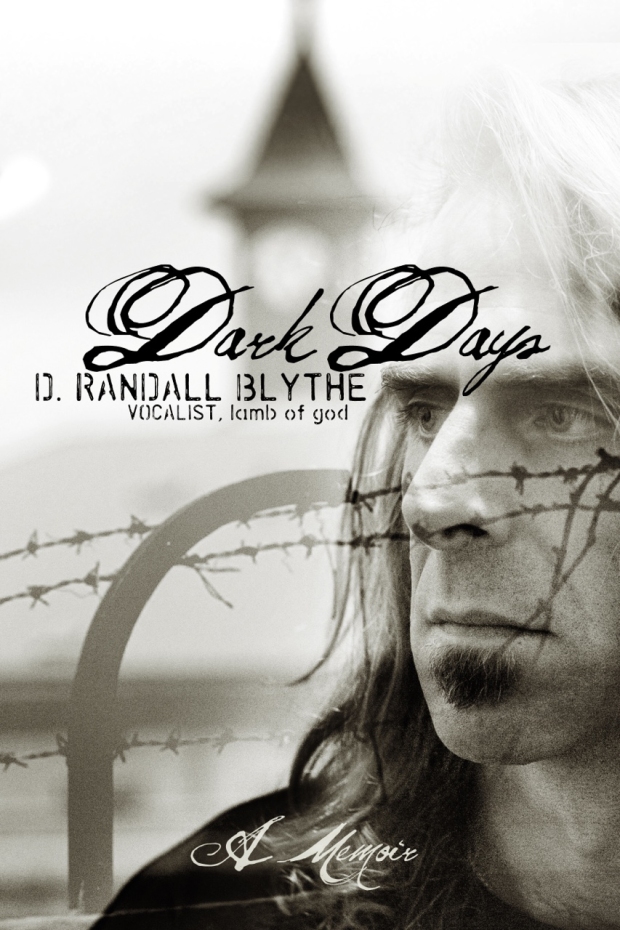 While it’s understood within the metal community that Lamb of God vocalist Randy Blythe was arrested, incarcerated, tried and acquitted for manslaughter in the Czech Republic around the accidental death of a fan at an earlier Lamb of God show – most everyone else in the free world doesn’t really know much about the ordeal at all. Dark Days is Randy’s memoir of these events captured in under 500 pages of insightful prose.

Blythe, often quite self-deprecating (in both interviews and the printed pages of this book) tells a straight-up accounting of his experience. He manages to capture his state of mind, how he was handled, and his interpretation of the entire ordeal in an engaging fashion, making the reading of Dark Days quite enjoyable. I’m sure it was anything BUT enjoyable for Blythe, his family, and the four other members of Lamb of God, but it’s a testament to Blythe, and his ability to write in an observant almost disconnected fashion that bleeds onto each and every page of Dark Days.

What’s really amazing is that this hasn’t happened before. Metal shows can be extremely energetic. Fans throw themselves into crowds (sometimes actual hordes) of frenetic people all thrashing about with wild abandon at metal shows around the world, on a daily basis. To date, that somebody hasn’t taken a spill and died, with the blame being steered towards the musician(s) headlining the event, is truly amazing.

In Dark Days, Blythe takes the reader day by day, through his arrest and incarceration. He speeds things up and slows things down in just the right places, heightening the engagement level for the reader. Lamb of God fans, and metal fans will surely enjoy this book. Music fans and casual readers will ALSO really enjoy this book. Dark Days contains some sardonic wit, razor sharp insights, and a level of honour and integrity that many, if put into the same situation as the author, might not have shown.

After 37 days of incarceration, Blythe was released on bail to await trial. Legal experts were advising him not to return to Prague to face trial. Blythe (intent on his innocence) ignored this advice and returned to Prague out of respect for this young fan who died at a concert he was fronting. “I could not run away from this problem while the grieving family of a dead young man searched hopelessly for answers, answers that I might help provide.”

It is of note that Blythe was going to delay the writing of this book. He felt it was too soon. It was pointed out that the memory fades, and a more accurate accounting of what happened might be an easier thing if done sooner rather than later. Blythe captures so much emotion within this book – hopelessness, anger, frustration, self-questioning (even a bit of loathing) and ultimately an intent to do the right thing no matter the cost. Dark Days was an engaging book to read, and I most highly recommend it.